Expectations, demand and sales expectations all down in latest market snapshot

Brexit uncertainty and a lack of affordability in some areas continue to stifle the UK housing market, leaving Britain’s estate agentswith their gloomiest view of property values in 10 years.

The latest monthly snapshot from the Royal Institution of Chartered Surveyors (Rics) shows a further weakening of the market, with demand, prices and sales expectations all down.

The industry survey came as the latest government figures showed annual house price growth across the UK had slowed to the lowest rate since July 2013, with average prices up 2.5% in the year to December, down from 2.7% in November. The Office for National Statistics figures also suggested the housing market slowdown could be spreading from London and the south-east to other regions.

There was an annual price decline of 1% in the north-east in December, compared with an increase of 1.7% in November, while London prices fell 0.6% over the year. The average UK house price was £231,000 in December, £6,000 higher than 12 months earlier.

The Rics house prices balance, which measures the difference between the number of estate agents and property surveyors anticipating increases and those expecting decreases, dropped to -22% in January, the lowest level since March 2009.

The most downbeat responses to the survey continued to come from London and the south-east, followed by East Anglia and the south-west. These regions have experienced strong price growth over the past six years, which has stretched affordability, and the high prices are a key factor putting off would-be buyers, Rics said.

The agreed sales balance, a measure of the anticipated volume of transactions, worsened to -25, the lowest since October 2017, while the sales expectations balance for the next three months stands at its lowest level since the survey began in 1999, falling to -32% from -28%.

The Rics prices balance has been negative or flat since July 2017, while sales expectations have been in negative territory since August 2018.

Surveyors and estate agents have, however, become more optimistic since December about prices and sales over the next 12 months. Northern Ireland and Scotland, property values continue to rise, have the strongest price expectations for the coming year, followed by the north-west and Wales. In London, however, they expect prices to fall.

Mark Zorab of Elstons estate agents in Chepstow, who took part in the Rics survey, said: “Fifty per cent of [the] general public [is] waiting to see what the Brexit outcome is. The other 50% is keen to buy but only at the right price.”

Simon Bainbridge at Savills in Darlington said there had been plenty of positive activity despite Brexit uncertainty, although “there are prospective buyers openly admitting they await the Brexit outcome”.

Demand weakened to some degree across virtually all parts of the UK, with the exception of Scotland, where it was flat. The buyer inquiries balance fell to its lowest level since June 2008, from -18% to -35%.

The flow of properties coming on to the market also reduced, with the balance of -25% the lowest since July 2016, the month after the EU referendum.

The average time it takes to sell a property, from listing to completion, has reached 19.4 weeks, the longest since this data series was introduced in 2017.

David Knights of David Brown & Co in Ipswich said: “There was the normal ‘bounce’ in the market expected in January with a good number of viewings and offers, but this did not last and coinciding with the reopening of the Brexit negotiations, we witnessed a slowing down in the last 10 days of the month.” 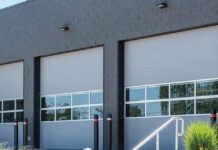 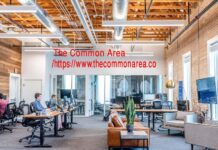 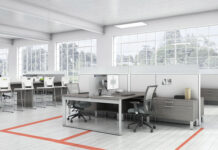 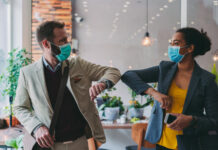 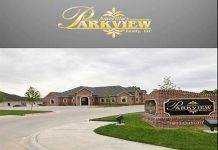 Nonprofit, Civic and Church Leaders Can Help Us Heal

May I have a word about… vortexes

The Psychology Of Gambling

The 4 Types Of Customers And How To Manage Them

‘It’s not about my school’: teacher’s TV drama depicts stress in...

Emily Willis - December 23, 2019
0
We use cookies to ensure that we give you the best experience on our website. If you continue to use this site we will assume that you are happy with it.OkPrivacy policy